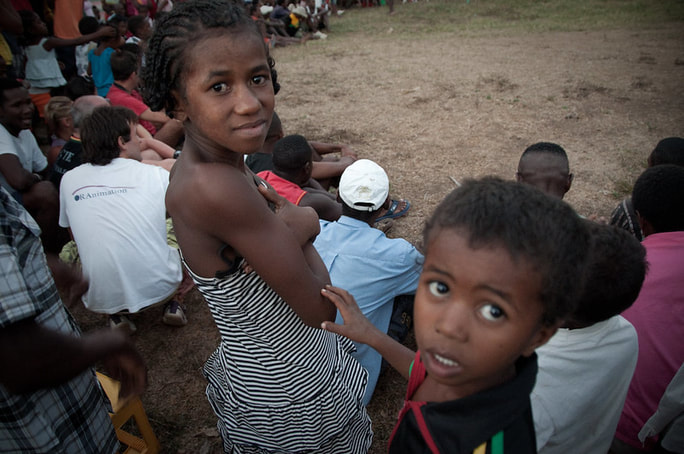 Our narrators have all been fortunate to have successfully resettled in the United States. Many, many others have not been so lucky, and remain in refugee camps all over the world, contemplating what their future might hold. Although they have been lifted to relative safety, our narrators remain passionate about global displacement trends. Their friends and family continue to face life-threatening problems like hunger, illness, and perpetual instability while they wait to see if they may be accepted into a permanent resettlement situation. Our narrators and other refugees are the best resources for understanding the problem, because they have lived it.
​

Because the communities down there is suffering. Refugees in the camps. Like, right now, I know there are one hundred plus. Like Uganda only is carrying 1.3 [million] refugees. So that’s too much. Whereby you can find, like, when they put the ban of the United States not receiving more refugees—I don’t know where they are going. I don’t know how they will survive. Because, I myself, I have my in-laws there. My brother in-laws, my sister in-laws, my father, my mother in-laws, they are all still in Africa. They have their cases, but they have never gone anywhere because of too much back, always. Nothing happening to them. So you find we are worried of how the life continues, and yet more refugees are coming in from Democratic Republic of Congo. Up to now, people are still fighting. People—more refugees coming. So life is not easy as I talk right now.

​When you go to different countries, you find people are suffering. Not only Congo but also other refugees. As I talk to you know, I remember South Sudan is in trouble. Many refugees are coming in. As I talk to you now, many people from Syria, they are now fleeing from Syria to different countries. So it’s not only Congo, it’s not only Sudan, not Syrians, but different refugees coming from worldwide. So when I see like all that one happening, when you go on Google, you go on the news, you find a lot of things happening, many people becoming refugees. But when I came to America, I think last year around May, from December 2017—very many people have come from Democratic Republic of Congo. Because I was working with one organization which is called Action Africa Help, and it was one of the main implementing agents of the United Nations High Commissioner for Refugees. I was working on assessing on malnutrition, especially for pregnant mothers and young children under five. Almost all the children were malnourished. I don’t know how they are surviving right now. Because when you see a mother, like a pregnant mother, lactating mothers, the children under five, all they are malnourished. So you find all—like when you see the malnutrition which is you find it is high rate, and that is where people find the young children, the pregnant mothers, the lactating mothers, they are all losing their lives. And you find it is all too much.

I know this one, this interview I do, is going to be heard for everybody everywhere. So, the only thing I can say about Americans is the good person. I could like to tell them to stay with that heart. To help the refugee. Because too many people they suffer there. They suff [suffer] so much. So much. You can don't see that because we are here. But if you go in Africa, you can see that.  It's good to continue to help the refugees. Yes. To open that door. To bring them here. That one, it's very good. They're [Americans] going to--donc, il va sauver beaucoup des gens. Oui. Au lieu, ne laisser des gens mourir. C’est mieux les sauver. C’est comme ça. C’est ça que je veux dire. [So, they can save many people. Yes. There, don’t let people die. It’s better to save them. It’s like that. That’s what I want to say.]